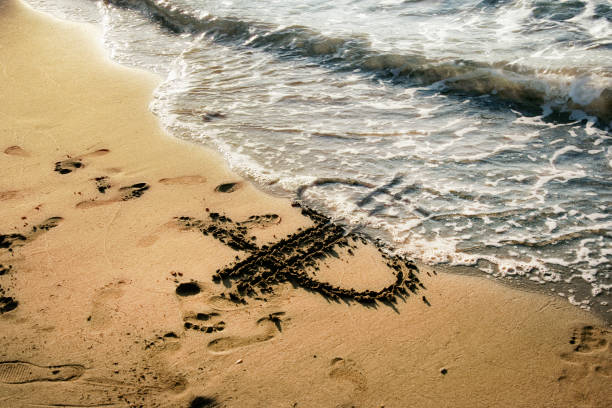 The forex markets continue to stay in sort of risk-on mode today, with weakness in Dollar and Yen, and strength in commodity currencies as led by New Zealand Dollar. Though, traders in other markets are not too committed yet. European indexes are just mixed while US futures point to slightly higher open. There is prospect for S&P 500 to follow NASDAQ to make new record high today, but we’ll see how it goes.

Largest declines were observed in clothing and clothing accessories stores (-28.6%) and general merchandise stores (-8.1%). Sales decreased in 9 of 11 subsectors, representing 74.2% of retail trade.

Statistics Canada’s advance estimate suggests that sales would have declined further by -3.2% in May.

Chris Williamson, Chief Business Economist at IHS Markit, said: “There are some signs that the rate of expansion appears to have peaked, as both output and new order growth cooled slightly from May’s record performances, but full order books and a further loosening of virus-fighting restrictions should nevertheless help ensure growth remains strong as we head through the summer.

“However, inflation worries have continued to intensify. Record levels of the survey’s price gauges and the further development of capacity constraints hint strongly that consumer price inflation has much further to rise after already breaching the Bank of England’s 2% target in May.

Chris Williamson, Chief Business Economist at IHS Markit said: “The eurozone economy is booming at a pace not seen for 15 years as businesses report surging demand, with the upturn becoming increasingly broad-based, spreading from manufacturing to encompass more service sectors, especially consumer-facing firms… The data set the scene for an impressive expansion of GDP in the second quarter to be followed by even stronger growth in the third quarter.

“However, the strength of the upturn – both within Europe and globally – means firms are struggling to meet demand, suffering shortages of both raw materials and staff. Under these conditions, firms’ pricing power will continue to build, inevitably putting further upward pressure on inflation in the coming months.”

Japan PMI manufacturing dropped to 51.5, output back in contraction

“That said, one bright note was private sector firms in Japan continued to expand employment levels despite subdued demand conditions… Despite the ongoing pandemic-related restrictions on the Japanese economy, private sector businesses were optimistic that business conditions would improve in the year ahead, and to a greater extent than that seen in May.”

Jingyi Pan, Economics Associate Director at IHS Markit, said: “Australia’s private sector growth momentum further eased in June but remained at a strong level to indicate continued improvement in economic conditions during the recovery from the COVID-19 pandemic. Renewed movement restrictions in the Victorian state and supply constraints stood out as two key reasons weighing on the growth momentum for Australia in the June flash PMI data, which is worth scrutinising. Meanwhile private sector firms were also slightly less optimistic with regards to output in the next 12 months amid the uncertain virus and supply situation.”

Intraday bias in GBP/USD stays neutral with focus now on 4 hour 55 EMA (now at 1.3983). Sustained break above this EMA will suggest that correction from 1.4248 has completed at 1.3785 already. Intraday bias will be turned back to the upside, for stronger rise back to retest 1.4248. On the downside, below 1.3859 minor support will resume the correction to 1.3668 support and below. 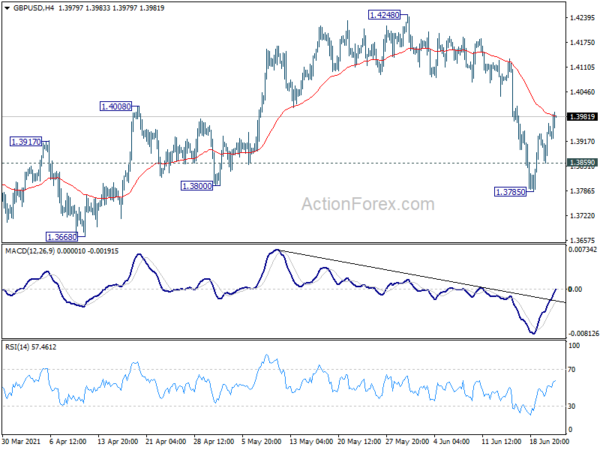 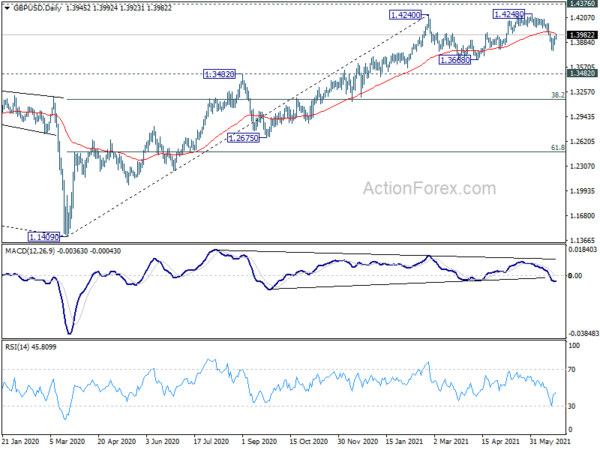